Radiation with a wavelength between roughly 10 and 100 nm is known as extreme ultraviolet (EUV or XUV). UV LED Lamps Commercially available for over 10 years, a UV LED generates UV energy by applying an electric current to a semiconductor device called a diode, causing it to emit UV energy. The specific materials in the diode determine the wavelength of the output, which is typically in a very narrow band +/- 10 nm.
Figure 1 compares the output of various UV LED lamps with a typical mercury arc lamp. UV LED lamps are provided in single-wave length configurations, typically centered on a specific wavelength +/- 5nm. 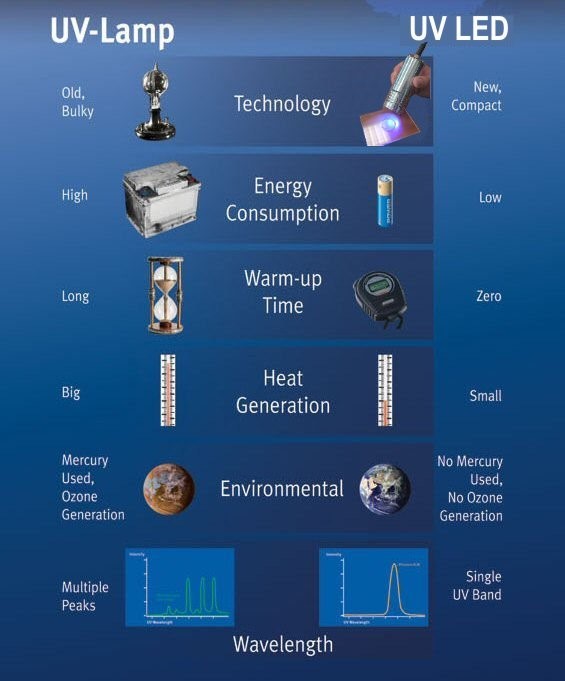